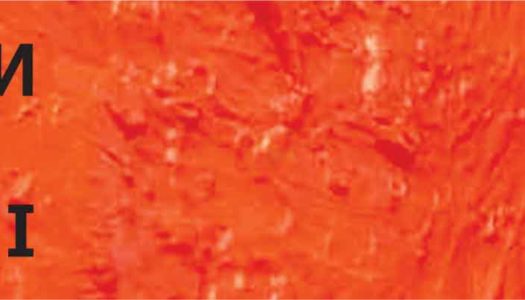 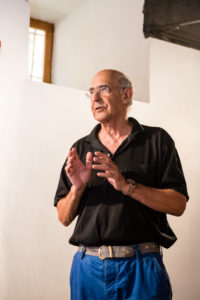 WORKS ON PAPER
What is hidden does not necessarily require manifestation. It exists as a part of the functioning structure
of the world, lives its hidden invisible life taking part in the complex mechanism of relations between an
object and a subject; between sense and absurdity; between something potential and feasible.
This is what the “Works on Paper” project is about. It is about the relations between something visible
and that which forms its basis, both physical and mental; between the paint layer which forms the
visible part, creating the shape, steady ties of the structure, and the hidden, which forms the basis of
what this layer stands on. The paper basis consists of the parts of advertising magazines, daily
newspapers, TV programs. Their major function was the delivery of information. The material basis of
information is signs, visual signs and text. They are the bearers of temporality, immediate information
which, having performed its function, goes into the archive zone and is doomed to technological
recycling or disappearance and rotting in the waste of human activity.
Covered with a layer of paint paper, which is the bearer of text with temporary information, passes from
the contemporary time dimension in the metaphysical time of painting.
The world is not always as it seems to us at first glance. What is hidden continues to participate in the
structures of what we see by its invisible life. For someone, the main thing will be the one that creates a
stable shape, and for someone it will be the knowledge that behind these visible forms, there are the
invisible forces of the hidden signs.
This dialectics is the basis of the project &quot;Works on Paper”.
June 14, 2019.