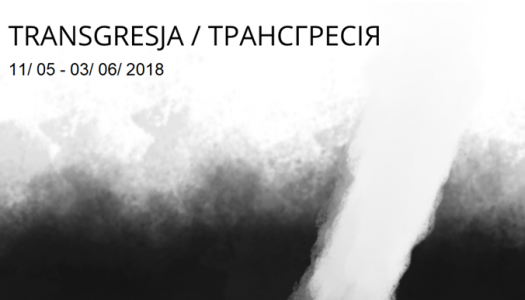 “Everyone has their only one melody of existence” (Maria Janion)

The idea of the exhibition refers to the notion of transgression, as an aspiration of development in various aspects, among others, of self-fulfilment, thanks to which we can outreach our previous potential of emotional and spiritual development. Transgression is also the aspiration to discover new phenomena, information about the world or about the human. Therefore, we can understand it as a diffusion of various experiences and sensations, which gives the creator a chance to exceed one’s boundaries. Personal transgression includes all those actions which are new and innovative at the same time. While speaking about transgression, romantic values are also worth mentioning. Maria Janion, a notable expert of 19th and 20th centuries’ culture, a historian of literature, ideas, imagination and Polish Romanticism, indicated the values in her research.

I derived the title to the exhibition from investigation of the issue of transgression by Maria Janion. While examining the period of Romanticism, the author of volumes: Transgressions (Transgresje) claimed, that Polish Romanticism, as opposed to other European countries, extended on the whole 20th century. She discerned three culminations in that period – time before the outbreak II World War, the period during the II World War and after the war period. According to Janion, Solidarity (Solidarność) took over and expanded the romantic emotional culture, especially its solemn patriotism. In her famous speech given during Polish Culture Congress, which was stopped by introducing of martial law, she postulated that the great emotional uprising shall be transformed into intellectual labour. Following this path, a great role in Solidarity movement Maria Janion assigned to women, who heroically supported their husbands, brothers, and fathers interned during the martial law. According to her, the women were excellent editors of underground brochures, intellectuals who were successful in public and secret communication and they were also great at hiding people.

My interest in Maria Janion’s considerations had a great influence on the idea of the exhibition, but it resulted also from the reflections on recently very intriguing feminist phenomena, which partially coincides, as it can be found in theoretical writings of the researcher. However, my focus is even more directed on various types of „black protests” of different social groups, including women as a separate category. As we know, all opposition attitudes are not only a domain of modern times. Here, I would like to recall two very interesting prominent persons in Polish art – Ewa Partum and Ewa Bloom Kwiatkowska. The first of them, in 1971 created a work: The Legality of Space at Plac Wolności in Łódź. At the square appeared a great number of traffic signs and notices with commonly known and popular or contrived content, which banned various actions such as – no entrance, keep silence, forbidden to grow anything. The last slogan referred directly to students protests which were part of events of May 1968 in France. Ewa Bloom Kwiatkowska, however, in 1989 burned all her works as a sign of protest against felonious totalitarian ideas. Currently, after several decades, those artistic actions may become a stimulus for not only recreational participation in protests, but also for reinterpretations and activities in the realm of art. In this context, I acclaimed active participation of Arek Pasożyt in National Women’s Strike of 18th January 2018 in Toruń. He appeared with a framed copy of a Lady with an Ermine painting on which the woman was hiding her face under balaclava.

In my opinion, the idea of Transgression – the exhibition of the employees and invited group of students of Intermedia Art Department, Nicolaus Copernicus University, is willingness to refer to a multifaceted issue formulated in such a way. Paradoxically, a favourable moment to undertake this subject is the current socio-political situation in Poland. Moreover, a supplementary stimulus to transgressive thoughts is a fact, that the exhibition takes place in Lviv. I believe, it will be a common journey to the limits of our cognition. 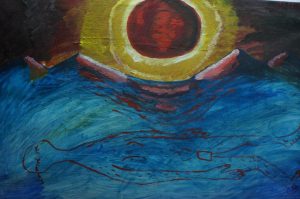 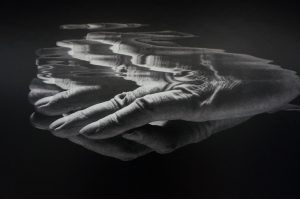 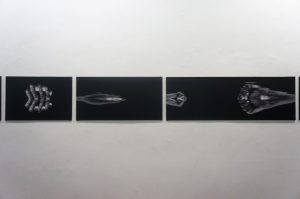 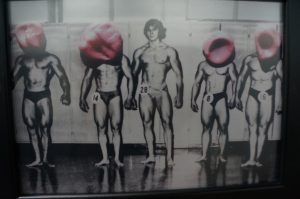 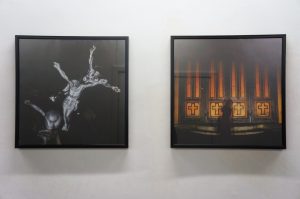 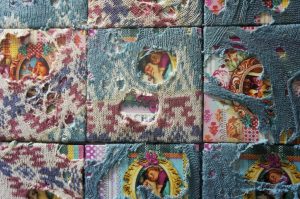 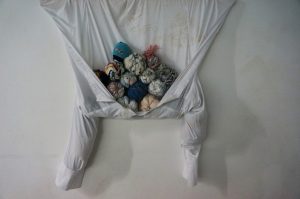 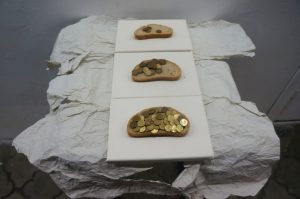 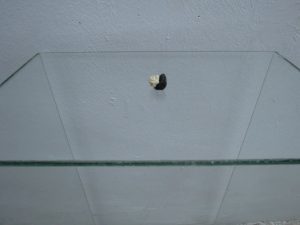 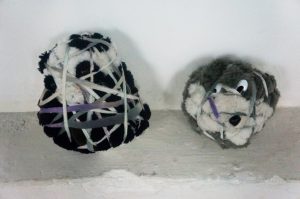 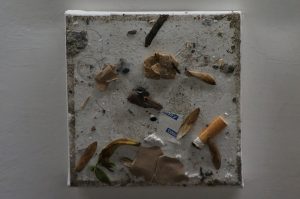